By definition, Singleton is a global mutable object. In Rust this is a static mut item. Thus, to avoid all sorts of concurrency issues, the function or block that is either reading or writing to a mutable static variable should be marked as an unsafe block.

For this reason, the Singleton pattern can be percieved as unsafe. However, the pattern is still widely used in practice. A good read-world example of Singleton is a log crate that introduces log!, debug! and other logging macros, which you can use throughout your code after setting up a concrete logger instance, such as env_logger. As we can see, env_logger uses log::set_boxed_logger under the hood, which has an unsafe block to set up a global logger object.

Starting with Rust 1.63, Mutex::new is const, you can use global static Mutex locks without needing lazy initialization. See the Singleton using Mutex example below.

A pure safe way to implement Singleton in Rust is using no global variables at all and passing everything around through function arguments. The oldest living variable is an object created at the start of the main().

This is a singleton implementation via lazy_static!, which allows declaring a static variable with lazy initialization at first access. It is actually implemented via unsafe with static mut manipulation, however, it keeps your code clear of unsafe blocks.

Starting with Rust 1.63, it can be easier to work with global mutable singletons, although it's still preferable to avoid global variables in mostcases.

Now that Mutex::new is const, you can use global static Mutex locks without needing lazy initialization. 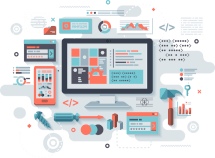